November 22, 2013
Lago Zancudo, SA
Friday evening, Joint Operations Base Fort Zancudo and LSX reported a plane was off radar over the Lago Zancudo near the base. Military officials confirmed that the single engine prop plane had landed in the swamp. Public safety officials responded to the scene and have reported to us that the single pilot was uninjured. Aircraft officials are investigating.

November 17, 2013
North Chumash, SA
Los Santos County Sheriffs and San Andreas Highway Patrol responded to the Mount Chiliad State Forest in the early hours of Sunday the 17th for a person who many people who were concerned about. Police are not releasing the name of this man, but we do know that he was armed and very distraut. Police have told us the man has passed away and that authorities are investigating.

November 16, 2013
Grapeseed, SA
In the early morning of Saturday the 16th, a private jet leaving Sandy Shores Municiple Airport experienced engine trouble, forcing the pilot to land on the Great Ocean Highway. Officials from San Andreas Highway Patrol reports that no injuries were sustained and that the pilot was the only person on board. Federal officials are investigating.
Seen here: The plane has been moved off the highway. Trooper First Class tacopstroller and Trooper First Class fireman296 in the background.

San Andreas Highway Patrol recieved a distress call from one of its Ports and Aviation helicopters late Saturday afternoon. LSCo Sherrifs Office said that they responded to the Mount Chillad State Wilderness area to search for the helicopter with the assistance of Fire Rescue. A second helicopter was used in the rescue and the pilot did not recieve any life threatening injuries. The incident is under investigation. 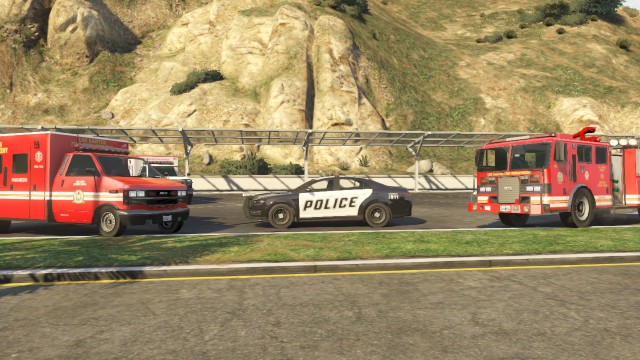 October 28, 2013
Sandy Shores, LS
Recently there have been folks mudding in the Lago Zancudo, which is state property. According to the DEP, the past time has caused significant damage to some areas. The state plans on increasing patrols in the area.

San Andreas Highway Patrol announced today that they will be looking into a new agreement with the Los Santos County Sheriff's Office to take over their patrol and emergency response in the county.

The agreement should be settled by the end of this month on whether or not SAHP will be taking over the area's law enforcement. Curently the county covers the town of Chumash and the wilderness surrounding Los Santos.

SAHP told us that they would plan to start a Resident Trooper program where a trooper would live in a community and provide service to that area. SAHP already provides coverage to both airports and also all major thruways in San Andreas, along with assisting local agencies in crime investigations and various task forces. 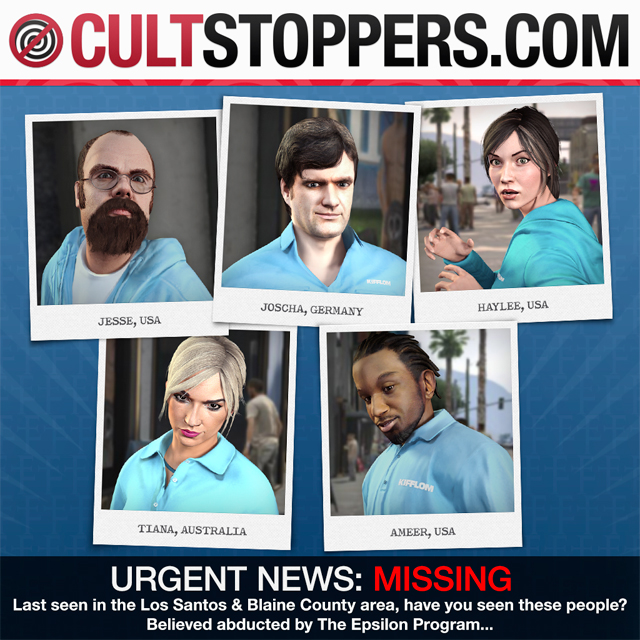