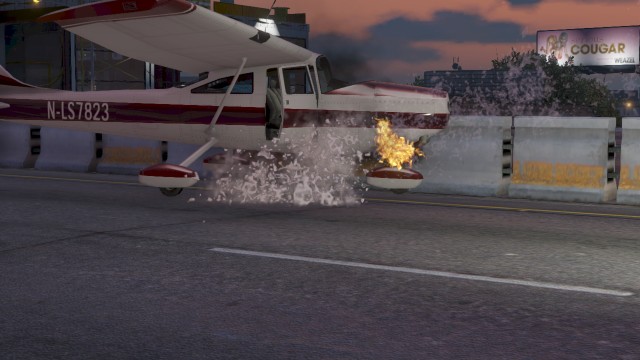 December 13, 2013
Los Santos, SA
Drivers along the La Puerta Freeway near downtown LS were in for a suprise when a single engine aircraftmade an emergency landing after losing a wing. No injuries were reported as the pilot was the only party aboard, and was transported to Mt Zohna Medical Center as a precaution. After authorities arrived on scene, the aircraft began to expell flames from it's exhaust, which LSFD was able to contain. Officials are investigating the incident.
As this becomes the third crash with this specific model of airplane, some may speculate there is a malfunction in the aircraft's construction. Federal officials did not make any direct connection between the 3 incidents and said that they will be talking to the company and also checking in with currents owners around San Andreas.