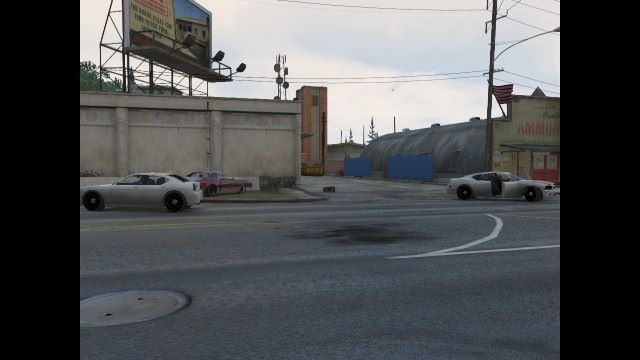 January 13, 2014
Paleto Bay, SA
A vehicle pursuit starting in Sandy Shores leads deputies and troopers on a high speed chase into Paleto Bay.
Los Santos County Sheriff Deputies had attempted to stop this two door muscle car for driving over the yellow line. The driver sped off and ended up crashing near the Ammunation in Paleto Bay and opening fire on law enforcement. Police returned fire, shooting down the suspect. No others were injured, and no other information is available.